This section of Obscure Finds Numismatic Collection is about a Mint (an industrial facility which manufactures coins for currency) from the US region referred to as the West Point Branch Mint. 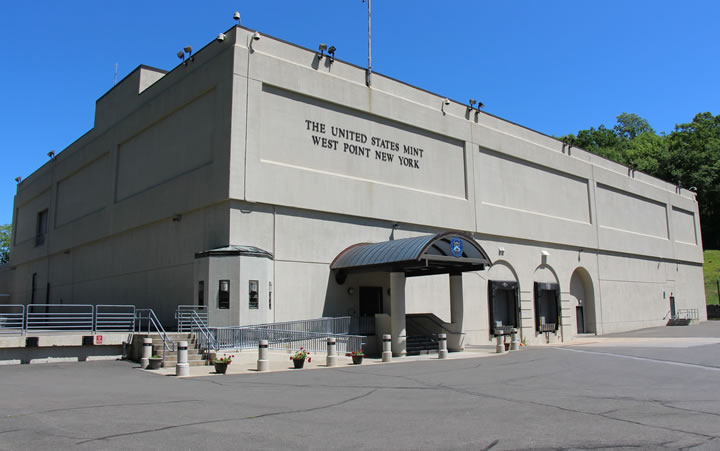 
Other World Mints from the US region
Pictures From West Point, US

Located near the U.S. Military Academy in New York, the United States Mint at West Point manufactures the entire family of American Eagle Proof and Uncirculated Coins in gold, silver and platinum.

Today, it is still a storage facility, but also manufactures, packages and ships gold and silver commemorative coins, and American Eagle Bullion coins in proof and uncirculated condition. Its Platinum Eagles have been very popular since their first issuance in 1997. In 2000, it struck the first ever Gold and Platinum Bi-Metallic Coin.

Nicknamed "The Fort Knox of Silver"

The West Point Mint Facility was erected in 1937 near the U.S. Military Academy in West Point, New York, United States. Originally it was called the West Point Bullion Depository. At one point it had the highest concentration of silver of any U.S. mint facility, and for 35 years produced circulating pennies. It has since minted mostly commemorative coins, and stores gold.

It gained official status as a branch of the United States Mint on March 31, 1988. Later that year it was listed on the National Register of Historic Places.