This section of Obscure Finds Numismatic Collection is about a Mint (an industrial facility which manufactures coins for currency) from the US region referred to as the Philadelphia Branch Mint. 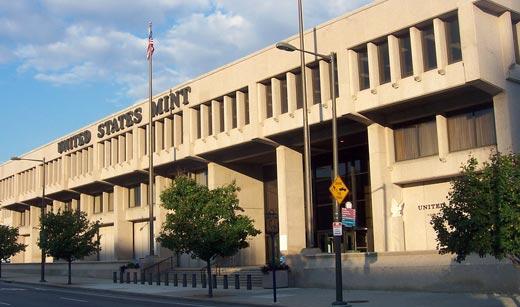 
Other World Mints from the US region
Pictures From Philadelphia, US

The nation's first mint provides a wide array of coins and manufacturing services. Like the Denver facility, Philadelphia makes circulating coins of all denominations, commemorative coins as authorized by Congress, and produces the dies for stamping coins and medals. Philadelphia manufactures the "P" mint mark portion of the uncirculated coin sets. In addition, the Philadelphia Mint employs the elite team of sculptor-engravers who are entrusted with creating designs and sculptural models for the production of all the Nation's coins and medals.

The first mint was erected at 7th and Arch Streets and by March, 1793, it delivered its first circulating coins: 11,178 copper cents. Their production was overseen by David Rittenhouse, a leading American scientist and the first Director of the United States Mint.

As the United States and its economy grew, the nation required more coins and larger Mint facilities. The mint expanded accordingly and moved three times. Its current facility, Philadelphia's fourth, opened in 1969.